A green, versatile, American-made fuel for everyone 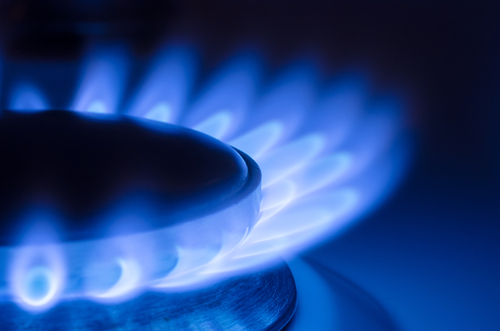 As the go-to propane delivery company in Mt. Pleasant, Breckenridge, Cadillac and other communities in central Michigan, we help many households switch to this green, efficient, versatile gas.

Often, the first question we hear is, “what exactly is propane?”

As elementary as this question might seem, it’s a good one to explore. Understanding what propane is and where it comes from offers a window into how it can benefit your home and family.

What propane is and where it comes from

Propane is a coproduct of natural gas processing and crude oil refining. People might sometimes refer to it as liquid petroleum gas or LPG. Almost all propane used in American homes and businesses is produced domestically. We export more propane than we use right now.

Propane is a liquid when compressed for transportation or storage in a propane tank. It becomes vaporized into gas when pressure is released, allowing it to be used in various appliances and systems. Propane is an incredibly versatile fuel, powering home heating, hot water systems, clothes dryers, cooking ranges, fireplace inserts, grills, pool heaters, generators, and other home amenities.

The difference between propane and natural gas

Propane can be thought of as liquid natural gas. However, these two fuels have different chemical compositions and densities. Natural gas s primarily composed of methane, which is lighter than air, causing it to rise. On the other hand, propane is much denser than air and drifts toward the ground rather easily.

The price of propane

As a product almost entirely produced in the U.S., propane’s price is more stable than other fuels. But as a coproduct of oil and natural gas, its price is still somewhat tied to them.

You benefit financially from propane’s efficiency and heat production. It creates double the heat per cubic foot of natural gas. Propane heating equipment can reach fuel efficiencies north of 90 percent. They’re much cheaper to run than electric heat pumps. Pretty much across the board, propane-fired appliances are more efficient than their electric counterparts.

Propane and the environment

Propane is not a greenhouse gas. On the contrary, it’s been identified as a clean alternative fuel in the 1990 Clean Air Act and the 1992 National Energy Policy.

Propane has a lower carbon intensity than any other home heating fuel besides natural gas. Unlike natural gas, it’s methane-free. Propane contains virtually no particulate matter, a known carcinogen. And propane used in large vehicles like school buses reduces nitrogen oxide emissions by up to 96 percent. These emissions cause acid rain and respiratory ailments. Because propane is nontoxic, leaks won’t contaminate soil or water.

You can count on Coyne for all your propane needs!

If you’re ready to make the change to propane from another fuel — or if you need a more reliable home energy partner — Coyne Oil & Propane is ready to help.

Get in touch with us to become a customer.